"La Poesia" cafe, one of the notable literary establishments in Buenos Aires, seemed full when I arrived. Then, a patron rose abruptly from his table and walked, leaving most of his coffee behind. He may have suddenly looked at his watch, or seen me come while wearing my emblematic resting jerk face. Either way, I got a table towards the back, right under the metallic stairs that ensured shoe dirt would fall directly upon the dark beer, Spanish ham and bread I ordered later. 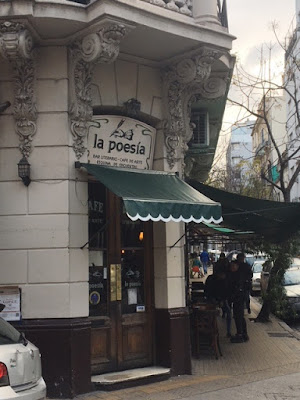 Bill Maher said to his audience in his monologue last night that he's not "... sure what you're all so happy about. The world is falling apart." From a Hawaiian volcano, to yet another shooting in Texas, the North part of the globe keeps surprising to the downside. That's not the case of the South, but hardly because of a shortage of tragedy. Down here, tragedy is to be expected. Good news are viewed with suspicion. Everyone waits for the other shoe to drop even before the first one hints at doing so.

A big, fat man walked in wearing the shortest tie in town. Its thinner part is significantly longer than protocol dictates. But he seems like someone who did it on purpose. Perhaps it will distract people from his receding hairline... or his weight... or the penguin-like steps with which he made his way towards a coveted table near the window.

He kept talking to the woman he was with. For reasons I'm unaware of, he seemed to talk with poetic metric; his sentences rhymed. Eavesdropping in their conversation, I noticed that every other statement was constructed as a haiku poem. 5-7-5. 5-7-5. 5-7-5.

I can't hear them clearly anymore. The couple next to me, a music-type long-haired guy with a cast and a tattooed girl with a ringed nose, kept getting louder. They were having a political discussion. But they seemed to be mocking the first couple by speaking in rhymes.

Ten minutes later, they left and an older couple took their place at the table. They are also arguing, but about what they can and cannot eat on account of their weakened digestive systems. Their discussion moved to the aesthetic value of the cemetery door they passed on the way here. She rhymed once and smiled. She did it again 5 seconds later. Now they are both talking in rhymes. This can no longer be a coincidence. 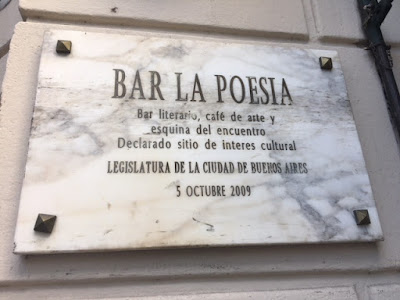 Does hoping for poetry so badly make conversations sound that way? Perhaps there is a mental disease that makes people hear words in a distorted way. Maybe speaking in poetry represents a strain influenced by a combination of an emotional state, the particular alcohol consumed, and the surroundings. 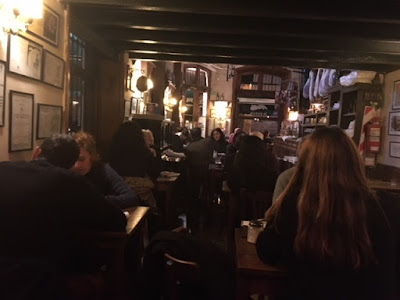