An independent contribution from a RIT follower


Sunken into the awful reality of having to go back to work tomorrow. I was so happy living in the denial of my life, that the shock of authenticity might be too great to handle. 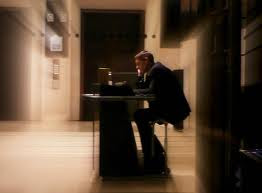 Would it not be remarkable if this carefully crafted reality that I constructed for myself the last few days would indeed turn out to be part of an alternate reality to which I was launched during sleep? It most certainly would. Unfortunately, true reality cannot be crafted. It can merely be lived, “created” by the sum of our decisions; and not by an ever active imagination fueled by a profound sense of denial.

Counterintuitive as it sounds, it is easy for a person like me to identify with the weak national identity of the collection of human enclaves known as South Africa. I didn’t need to spend much time interacting with this multicultural, multiethnic society to somehow feel part of it; an unofficial member of one of its subtly rejected subcultures. Growing up in a resented bicultural society was enough. That experience has shown me we need more Nelson Mandelas and less Malcom X's if we are to learn to forgive those we deem our enemy and just move on with our lives. The grievances are too ingrained; and too many if you insist on counting and classifying. We need more Ghandis to throw to the basement of oblivion those millenary grudges that hold us down; that prevent us from moving forward. This hate manifests itself in many ways and areas of daily life, noticeably including sports, where it is not only accepted but often encouraged. Sporting events make for wars, arenas are the 21st century battlefield on artificial grass. Blood is hardly ever shed anymore, reason why purists insist boxing can be considered to be in a less advanced stage in this evolution. Boxing as a more honest way to express hate for one another. 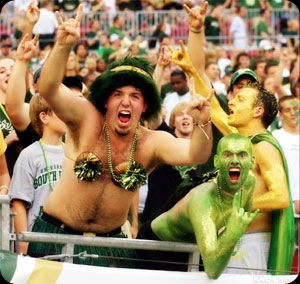 Nationalism creates, as does religion, the illusion of purpose. Beyond feeding and reproduction, there is an elevated motive that justifies our existence and allows us to belong. There is a structure, a reason, upon which reasoning beyond suffering, sacrifice, a noble spirit and altruism can be built. I shall lend my hand to my neighbor, as long as I retain the right to determine who my neighbor is. Today, my neighbor is he who thinks and acts like I do, prays to the same god and cheers the same team colors. Those who believe in a different god, have a different skin color, speak a different language or live in a distant land do not qualify for the neighbor exception. 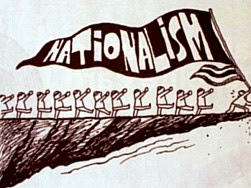 Three key sources of population stupidification. Three different ways of political/ideological oppression. Nationalism, sports and religion. I no longer care if my phone gets hacked, or whether I pay more taxes to fund government programs to keep us "safe". All I care about now is that my team wins for more than 1 goal in the next game in order to make it to the next stage in the International Football Tournament of... whatever. I am interested in making sure Chichen-Itza is elected one of the new seven wonders of the world, and I will vote for it without bothering to look at the other candidates. Oh, and I have never been to Chichen-Itza. But who gives a damn? 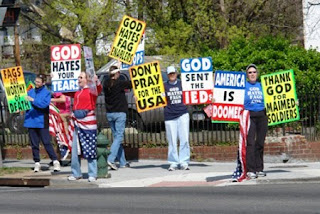 God is merciful. I am convinced that he will remember me, what I suffer, my sacrifice for my fellow man; since this suffering represents the key to eternal life in a place where I won't be hungry or thirsty again. Without suffering, we would have never heard of Job.
Publicado por ruestrasse en 7:46 PM No comments: