If you are bored and you are selfish, clap your hands

Boredom. At every level, and in every sense.
This is not the kind of fun I was promised.
With bars, and chutes;
and songs, and different types of cheese.
Not the one I thought about for years
of compulsively swallowing this pointless existence. 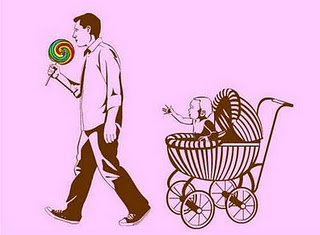 We make no difference in or out of this world.
Selfishness is intergenerational.
All I care about is what I leave behind me.
Selfishness knows no boundaries, and
death doesn´t end it.
It is how we are wired; the zenith of our survival.
My first thought is always selfish and often criminal.
It is what you know; and it is who I am.
Publicado por ruestrasse en 5:24 PM 1 comment:

Of eating, dancing, mating and other diseases (but mostly dancing) - Part 1

As a kid, I would often wonder what exactly was the point of dancing, especially from a survival of the fittest standpoint. I thought I could understand many of the typical bursts of spontaneous human behavior, but dancing was always a notable exception. Why would the body react to rhythmical sounds was beyond me. What strange force makes an otherwise intelligent individual feel like standing up and moving around a typically flat surface wearing a silly smile? Why does that make them feel "good"?

In my opinion, this phenomenon is not gender biased. Fear of social humiliation is stronger in the male, as he doesn’t typically possess the compensating treats for balance that women do. That is likely the reason one would see many more women on the dance floor. Other than Seinfeld's own Elaine's little-kick dancing style, girls aren't typically vulnerable to social rejection because of their dance moves.

Thus, I believe this mysterious force would affect males and females equally, though women are more likely to physically react to it.

Without regard to any gender bias, why would a reward-seeking individual waste useful energy in an activity which does not provide immediate satisfaction to any primary animal needs?

One could say that it serves the purpose of a mating ritual, intended to attract members of the opposite sex to the physical qualities of the dancer by his shaking the most obvious appendices in public. What better way to signal good health to the group? Though this could be a plausible explanation for disco or hip hop dancing, it fails to unravel the mystery behind tango, kabuki, step dancing (rapid leg movements while body and arms are kept largely stationary), post-touchdown celebratory dance, etc.

Next year, I plan to embark in an informal research project aimed at discovering speculating over the main reasons behind your irresistible urge to jump on the dance floor at the sound of your favorite song, whether you cave to it or not. It is an empty and “rewardless” journey, but one that should still be slightly less soul crushing than the futile rat race that is today's typical career.

It is still the holiday season. And for the time being, it is time to go back to a state of drunkenness.
Publicado por ruestrasse en 11:41 PM No comments: