I know I can escape society for a while. My wife does not need to know where I am, and my boss can go a few days without having me solve every single issue that requires more than three brain cells. I can even escape my disease when I go numb, into oblivion. Yet, even in the stupor of deep drunkenness, even in between dreams, I’m still me. It's still me. 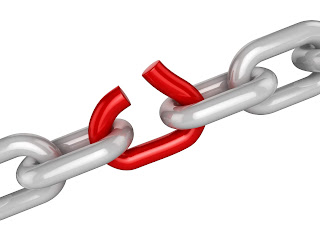 This frequent intention to escape eventually caught up with me. I told myself and others that my left arm is only shaking lately because I banged it with the door of my car. I don't even own a car. And gradually, I'm losing ownership of my shell.

A deteriorating disease can be emotionally crippling, right up to the point where one internalizes the fact that we all suffer from the great sickness of life. Someone told me over a year ago that disease is manifestation of toxins invading the body at levels it is no longer able to process. If we remove all the toxins from ourselves, is it still us?

Today I went for a walk in the clean, even streets of Pasadena, California. It is more painful to be sad when everyone around is in such a sunny disposition. Adding to the grimness is the crushing feeling of inadequacy, of not belonging. One is not supposed to exist inside a day this gorgeous under the clouds of discontent.

Still, discontent is not a feeling as harrowing as disappointment, nor as primitive as fear. The last time I was fully wrapped in fear was after a dream I had very recently. I was on a plane, because apparently that's life now. The airplane was headed towards the top of a mountain with a military base on it. I could somehow see forward, as if in the passenger seat of a car. We kept rapidly approaching the base, while the pilot and copilot argued about last night's hockey game results. I warned them once again a few minutes later. The copilot asked me to relax and sit down, and told me that everything was under control. Until it wasn't only a bit later. We were just about to crash when they finally reacted, transitioning quite rapidly from calmed to panicked. The last fraction of a second before impact, everyone on the plane screamed and I woke up, sweating like I had a fever. The plane's crash noise morphed into the sound of two cars crashing down the street from my apartment. How did the mind know to be working on the airplane's crash 20 seconds prior, and have its crash coincide with the one of the cars on the street?

A recurrent nightmare involves the sense of loss; be it gravity, a loved one, or our life. Art's nature of irreplaceability often instills pain when lost. A broken mug can be pieced and glued together, but it can't rebecome what it once was. But, should we want it to?