When you enjoy spending your weekend mornings under the bed sheets the way I do, it is hard to find a compelling enough reason to embark on a "weekend trip" to escape the city. Who needs to escape the concrete jungle when closing the blinds and watching the National Geographic channel can get you there? In the end, mind altering drugs are not the only way to fly. A good movie, an interesting book, a good baseball game at the nearby bar… The outdoors exist only for those who lack imagination, or a 42 inch TV.

Still, some additional elements to the trip proposal ended up inclining the balance in favor of my sleeping in a foreign bed for two days. Once there is no way out, you start to rationalize it. "How bad could it be?".

I jumped on a bus, the preferred mode of transportation of the weird and the crazy in this country, and arrived in Washington D.C. I know what you are thinking. Washington is not the most outdoorsy destination, right? However, there is definitely more green around you there than in my city of residence. Surprisingly, the journey there took place without incidents worth mentioning.

I needed a haircut badly, and so dedicated a good part of the next day to search for a hair salon. To my dismay, they all seemed to be booked. It was just as if the entire D.C. population decided to get a perm or haircut the same day. What is one to do in a situation like this? I have no ability to perform this task on my own hair (nor anyone else's for that matter), so I asked my host in the city for recommendations. He said my best shot was trying a Barber Shop, and offered to drive me to one that is close to his house, in a predominantly black neighborhood even for Washington standards. By dusk, the bastard had already dropped me at "Dynasty Barber Shop", which looked more of less like this. 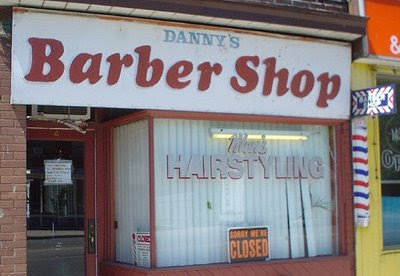 He stepped on the gas pedal as soon as I jumped out of the car. There was no choice now but to get into the shop. I wouldn’t want to look silly going back to his house with the same tropical jungle I had in place of my hair.

I walked into a small and tackily decorated "salon", where a patron was getting a hair trimming and 2 barbers (one busy, one not so much; I will call them Chris Rock and Eddie Murphy respectively) listening to very loud hip hop music as they glanced at a football game on a TV carelessly placed over the most fragile wooden structure IKEA ever produced. Immediately as I walked in, it felt as if the needle of an LP scratched, Adam-Sandler-movie style. The eyes of the patron, the two barbers, a small (do I need to specify race?) kid in charge of sweeping the place and a guy sitting by the corner eating a Big Mac all locked on me (9 in total, as corner guy had only one functioning eye). I was probably the first non-black customer they had seen this year, conservatively speaking.

Recovered from their original shock, which must have lasted 10 seconds but felt like 10 hours, Eddie Murphy approached and asked if I needed help, probably thinking I was lost and needed directions. Trying to sound as street as possible, I said I wanted a hair cut. 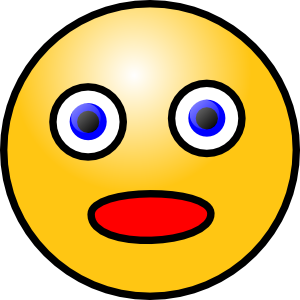 I heard myself as I talked, and realized my best street accent sounded pretty Jamaican.

Making an obvious effort to contain his laughter, he said something really fast to me while pointing to a chair nearby. I sat, almost by instinct, as he repeated what he said. "How ya wan' ya tappa" (How do you want your "taper"). I looked at a poster on the wall with pictures of different hair styles, none of which applied to anyone with hair longer than 2 inches. This is how all styles looked like to me.

Though not as long, and definitely uglier, for the purpose of the story this is more or less the kind of hair I have. 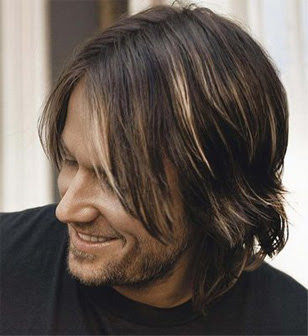 Feeling unsure about my stupid impetuous decision, I managed to say "just a little bit on the back and on the sides".

A fraction of a second before Eddie Murphy turned my the chair 180 degrees, preventing me from looking at what he did on the mirror, I realized the salon had no scissors. No scissors anywhere to be seen. There was nothing but the typical haircut trimmer to be found anywhere in the place. A mildly bad decision was fast becoming idiotic in lieu of the anticipated results.

Hip hop music resumed after some unintelligible words from the radio DJ. I should have known they had simply tunned to a radio station, instead of playing a CD. Chris Rock told a joke to Eddie Murphy, which made all four, customer and one-eyed guy included, explode into laughter. Then, Eddie said something about a cheap date he supposedly had with Chris' girlfriend. Laughter ensued. The Barber Shop had turned into a black comedy show all of a sudden. Two more guys came in (wanna guess?) and the jokes went on. They all obviously knew each other. Often, Eddie and Chris had to stop cutting hair to laugh, jumping up and down while holding their bellies. This was surreal. I was now less worried about my safety, but way more about my hair style. This made me imagine the situation in which I would have to shave my head to spear the world from my hideous look. Hey, is this why so many of them are bald? No time to focus on hair styles while attending the comedy show? I had seen nothing yet though.

DJ on the radio interrupted the song before it finished. I reminisced about the times when I used to record songs from the radio into a cassette, and the DJ would interrupt the song to say something stupid. "The things that made me want to kill myself at the time!" - I thought to myself. Immersed as I was in my deep 90s memories, I failed to notice something other than hip hop started playing on the radio. Yes, I know this song. It is Michael Jackson's "Don't Stop 'Til You Get Enough"!

Chris Rock, carefully trimming the hair of the other patron next to me and Eddie Murphy, started singing. What compelled me to utter the words "You have a nice voice!"? I will never know. Eddie Murphy got offended and said something about some dance off or dancing contest, as apparently he didn’t have his partner's Soprano abilities. He thus started dancing, completely disregarding his customer: yours truly. Chris Rock didn’t want to be left behind, so he engaged in the same activity. Before I knew it, sweeping boy, one-eyed corner guy and the two others that had arrived stood up and started dancing to the contagious voice and rhythm of the King of Pop. Eddie Murphy moved around so enthusiastically that he ended up pulling the plug of his haircut trimmer. That minor incident did not slow him down one bit. Hands in the air, he jumped in the middle of the improvised dance floor and moved frantically like possessed by the devil, going up and down, side to side, zigzagging… No move was too physically demanding, no twist was too exotic. The sweeper, the Russian knee slapper, the scuba diver… He was now in his natural element.

The music and the dancing went on until the end of the song. The DJ said something about Michael Jackson I couldn’t quite understand, and they all laughed. I laughed too. Judging by the undiscriminating high-fiving, we were all friends now.

Eddie Murphy turned my chair around so I could finally see myself in the mirror. Surprisingly, my haircut didn’t suck!

I paid the $20 USD with a big smile. It is not everyday that you get to attend a hip hop concert, enjoy a dance show and get a haircut for less than the price of the mushrooms that would help you imagine it!
Publicado por ruestrasse en 11:55 PM