Simple, basic, average people will tell you prayer is powerful. They will tell you stories of desperate situations in which they prayed hard, had friends and family do the same, having lots of faith; lots of conviction that it was going to make a difference. Then, the miracle happened. Their grandmother avoided certain death. They found their missing passport. Their brain tumor turned out to be operable. Their favorite player made good on the penalty kick at the last minute to save their team from elimination. 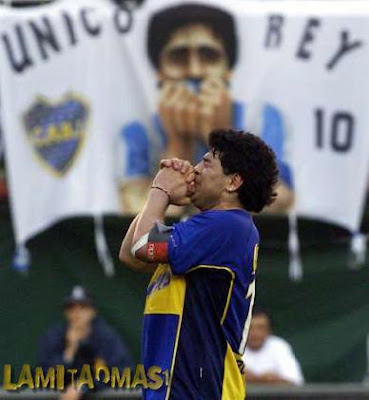 Unsurprisingly, their recollection will omit the countless occasions in which their prayers fell on deaf ears. Pointing to an especially difficult statistical data point to collect, I have often felt curious about the number of people that, facing almost certain death, prayed for salvation but died anyways. Unlike their luckier counterparts, they have almost no way to provide the collector with the data (save mediums and the low probability of having someone with said interest stand by at the time of the life-removing incident). Thus, it is natural to perceive as valid the natural bias of the statistical distribution of prayer as a powerful tool to modify God's will.

The interesting thing is that highly intelligent people will often agree with this convention. Thus, my hope is that I will get to retain enough clarity of thought to remain within the rational middle of the intellectual power scale, at least until old age dementia takes it away before I develop the will to put a bullet in my head.

If reality is a lagging indicator of God's will, prayer is an exercise in futility. Accordingly, prayer has about a 50/50 chance of succeeding in granting the agent his/her choice. Statistically, that would assign praying a correlation of 0.0 to life events. Unbiased human experience would, in turn, reduce the propensity to pray to zero, on the premise of its null effect on events.

However, empirical evidence will bias human behavior towards praying. Once all traditional means are exhausted, humans tend to resort to alternatives that are less than rational. And when they work, for simple probabilistic reasons, they are interpreted as manifestations of his/her will in response to the power of his/her prayer. Few things belittle us as an evolved species the way prayer does.

The net result of suddenly stopping to pray would be zero if we dedicated the time devoted to this activity to doing nothing at all. Deciding to work on getting what we were praying for in the first place, employing on the activity the exact same amount of time we had planned to dedicate to praying, would deliver better results. It would at least have the potential to delivery results. Only employing ourselves personally in achieving a defined goal has the potential to modify God's will, whatever that may be.

Rebelling myself against the futile act of praying is not enough. I will therefore continue to discourage people from praying, in exchange for their doing something that actually makes a difference in their lives and the lives of others.

So, your grandfather is in a comma and you want to pray for his coming out of it.

Let it go. Grow up. It is not in your hands. It never was. Do you want to know what is in your hands? Go to the local retirement home, where old people die way before their time in the minds of their former loved ones. It is there where people meet oblivion way before their bodies are buried. Go there today, and play some dominos with a group of those whose rich experiences are looking for nothing but an eager ear that will allow them to relive their past. Go beyond that, and dedicate some of your praying time to giving company to a forgotten soul in the streets. 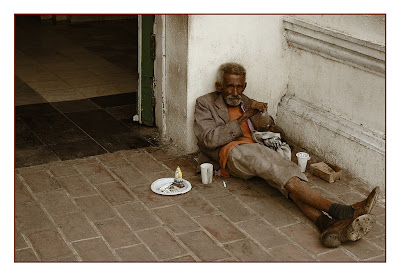 To relive is to live. It is the only food that tastes better the second time around.

Praying will not make the world around you a better place for your and your kids. Don't let your brain become the zombie that drags your soul into darkness.
Publicado por ruestrasse en 5:14 PM