The burdens of paradise

People tend to envy those who live near the sunny beach. Endless summers, starry nights, the proximity of the ocean and limitless fresh seafood hold a magnetic appeal the hedonist soul can't resist.

The mirror has two sides, but life has at least as many.

Working for the tourist industry can carry a steep price tag, beyond its usually poor compensation structure. One thing is to rise from bed before sunrise to watch turtles hatch eggs on the beach, a very different one is to do so out of obligation on a daily basis even if to witness the same miracle of nature. In this context, labor becomes the assassin of joy: a minimum-wage happiness hit man. 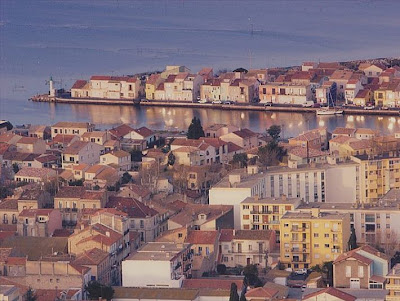 Bored and sweaty, I spent most of my time in the island avoiding contact with tourists and searching for the elusive air conditioned establishments. That they would sell me beer was second in priority. That is how I ended at the poorly lighted local library, "The Heroes that Gave Us Freedom" on Cosmel avenue.

A man with one arm missing and the other amputated almost up to the elbow greeted me with a face that seemed to reproach me for past sins. Later, I noticed his right eye was slightly bigger than the left and didn't move, a clear sign that it was made out of glass. I past by him as fast as I could, reaching straight to the "special interest" section. "Section" was, of course, an overstatement. It consisted of a dozen or so pilled books, with pages yellow like rotten teeth. As I reached for the first one on the pile, my hand almost touched that of someone that I hadn't noticed before and was attempting to gather the same book. I instinctively pulled back, jumped a little and then smiled at myself for overreacting. A second after, I was smiling like a dork to a complete stranger.

"Hi, I'm Emily", she said. I tried to reciprocate, but words barely crawled out of my lips. "Hi", I finally replied.

We were both from small towns in the south, had grown in an environment of repression, rejected common wisdom almost systematically, laughed at the same jokes, atheism, liberalism, education, economic schools of thought... Too many coincidences not to at least consider the existence of destiny.

A conversation I started reluctantly had become second nature in minutes. We walked to a nearby bar, talking about every topic one is expected to avoid: politics, sex, religion... Nothing was banned; no subject a taboo. The conversation just kept flowing uninterrupted, save to respond to the waitress and go to the bathroom. I looked down to the table and realized we were holding hands. Who knows for how long we had been doing so? We had grown so close so quickly, physical proximity was not even a next step but a blurry continuum in our relationship. Hours went by, but they felt like minutes. Hours went by, but they meant years.

The day became night. The waiter, impatient, brought us the check and asked if we had not liked our food. No one had eaten. Beer, on the other hand, had flowed like a river to the ocean. We were drunk, but alcohol had nothing to do with that.

We walked the streets of the island, never letting go of each other's hands, looking for a place that would sell us more beer. We needed an excuse to continue our journey into each other. We didn't know it then, but this was actually a road into ourselves.

In a dark corner, near the main port, there was a stand that expended fresh fish starting at 3:00am. It was 3:12am already. I convinced the fishermen to sell us their beer, an easy task when one offers double the retail price per bottle. Money was the least of my concerns that day. I didn't care about anything but extending the time so we could talk more. We sat a few yards off the stand, on some stairs where the occasional change in the direction of the breeze would bring us the smell of fish intestines; or so I imagined. With all our senses focused on one another, we wouldn't have noticed.

The sun started to come up. We decided we needed some rest. I walked her to the place she was staying at and began my journey to the other side of the island. 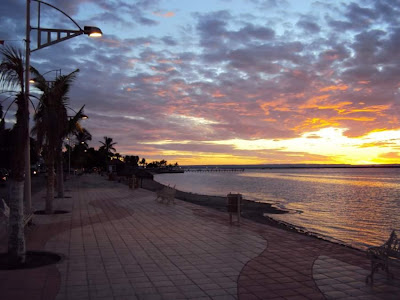 It couldn't have been more than 10 blocks when I realized I still had her necklace, which I borrowed to make a silly pirate impression. It wasn't an expensive one, but I felt ashamed for keeping it and decided to leave it at the front desk so she could pick it up later. The streets looked different under the full light of the sun. Hers was so distinct, I hadn't even bothered looking up to the sign. But now, I couldn't find it. Was it 17th? Or 19th? Maybe the one after the tall bent tree? They all look the same now!

I was calm at first. Then, I started running around, screaming her name. "Emily! Emily!!!".

I started sweating. The sands of loss were pouring through my fingers...

I did not go to bed. I knocked on doors and asked neighbors for directions to nearby hostels. Asking every hostel I could find, I realized nobody under that name had registered at any.

"Taxi, take me to Hostel Madrid!", I yelled at the first cab driver that would take me. Everybody was waiting for me at our place, wondering if I had gotten lost, but ready to go to the beach otherwise.

"I will catch up with you guys later", I said. "I have something urgent to do right now".

I called every hostel, hotel, bed & breakfast, accommodations house and any other establishment that provides paid lodging on a short-term basis. No trace of Emily, maybe in part due to the fact that I didn't even get her last name. Why would I need her last name when our souls touched..?

The rest of the week was a miserable experience. I hit my head on the wall every time I thought of her and how foolishly I had lost her. If only I had looked at the name of the street, looked at the name of the hostel, asked for her last name, exchanged phone numbers, prearrange a time and place to meet later... "If I had at least thought of one, this wouldn't have happened!", I told myself over and over.


Actual years went by. It didn't matter how hard I tried, her features started to sink into the darkness of oblivion. The more I tried to picture her smile, the more I replaced the missing pieces with those of famous artists we get shoveled down our throat by the media. I tried to look her up, but it turns out there are more than 20,000 Emilys in her country. Only the memory of the feeling remained in my heart.

One day, my cousin invited me to his bachelor's marlin fishing expedition extraordinaire. Coincidently, it took place near the same island I had spent that summer. When I told him the story, something hit me. I could not wait to get on that boat and stop at the island once again.

The day came, we stopped at the island and I rushed off the boat. "I will be back in 30 minutes, 40 max", I yelled at him and his friends. The need to replenish our beer reserves lowered the tone of their protests.

I took a cab to Cosmel avenue. "Take me to the library!" I barked at the driver, impatiently. He drove slowly nevertheless. I almost ripped his ears off, and jumped off the car when we were still two blocks from our destination. I ran the rest as fast as I could. Breathing heavily, I couldn't speak to the library attendant. A bearded man had replaced the amputee, and smiled at me from behind the counter.

"Hi young man. What can I do for you? Perhaps you would like a glass of water?"

The old man's smile was replaced by an expression of utter surprise. He looked at me, then to the wall behind him, then to me again. He seemed to be in complete disbelief.

"My brother told me about this when he left me the library and drowned in the sea. A young lady brought him a note addressed to Mr __________________. The stranger never came to pick it up, but my brother asked me not to throw it away."

"Give it time, said my brother". "Some things are meant to happen now, some later and some take a long time. If it is written in the stars and in the sand, he will come to get it".

My hands were shaking when I finally had them on the letter. It wasn't really a letter, but just a piece of paper folded in 3 parts.


Thank you for making the last day of my life a thousand times more wonderful than I could have ever imagined. It was through our conversation that I decided to wait a little longer to carry on with my plans. The book I came to buy at the library was for me to bring on the boat that would take me to my ocean grave yesterday afternoon. I decided to commit suicide away from everyone, because of a burden I can no longer carry; but meeting you kept me in this world for another day. Because of our random (random?) encounter, I had a chance to experience love for the last time. It was also the first time I experienced it. You don't know you haven't experienced real love until something like this happens to you.

Ephemeral love is the truest and strongest kind there is. Sadly, as the name implies, it also carries an unavoidable element of deep sadness that stays with you for the rest of your days.


With my deepest love,

The fishing boat that brought me to the island left the port without one of its original passengers. 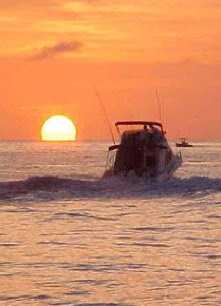