To Abandon Yourself To Running Before Running Abandons You

I once met a serious woman who was training for a marathon at a corporate cocktails reception party.

She got into goal-oriented long-distance running with enthusiasm at a difficult time in her life, desperate for a bit of mental distraction.

She said her last one took her less than 3 hours, and that runners started at 9pm because of the heat. I think it was in Las Vegas or a similar hellhole of a city.

I learned that she used to carry water and gummies with her in a running backpack connected to her mouth via a long straw. But she now religiously stops at the water and food fueling stations.

I was reminded that for full marathons there are water stations with actual food. In my world of half marathons, most races don’t even have water every mile.

Before she confided in me, a stranger at the time, I learned that she had an unplanned child with a man who left her while she was still pregnant. She was very young then. The kid grew up and left home as soon as he turned eighteen. He doesn’t talk to her since the day he packed his bags and left her. It felt too intrusive to ask why.

“It is amazing that you run marathons! I want to ask you all sorts of stupid questions now. I am sort of a runner myself, if for shorter distances” - I said, awkwardly.

She looked at me with her serious, big green eyes while a smirk formed slowly at the left corner of her mouth and said:

“There are no stupid questions”.

I paused for a moment instead of debating this notion with her and inquisitively asked “So, how do you love again after such incredible pain?”

She must have misunderstood my words over the music of the venue, because she didn’t bat an eye or miss a beat. I can now see how I also failed to transition topics in an orderly fashion, lending my question to confusion.

She responded. After her last marathon - which was on pretty flat ground and on a day with great weather - her feet were chaffed and bleeding; and her body was sore and mangled. She thought that she might crumble several times, but…

This is when I realized that she had misheard my question and thought I asked “how do you RUN again after such incredible pain?”

But I was already as invested in her answer as she was in answering. So, her feet were chaffed and bleeding and her body was sore and mangled and she thought that she might die but realized… it didn’t matter!

She truly loved running marathons. She just really, really loved doing it. More than a hobby, it was a passion.

She said that it “made her feel alive”.  And that the act of surviving such agonizing pain makes you so proud of yourself and want  to do it again, so you can use all the new survival skills you’ve acquired.

And I realized that even though she misunderstood my question, she gave it a great answer. 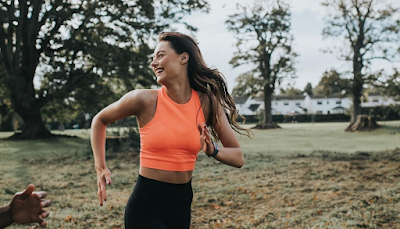