Catching a strong flu in the middle of the summer is only ironic if you associate the ailing to the cold season. The way it feels, the god of viruses is punishing me for bragging about not getting it during the winter. It also effectively prevents me from drinking beer, without which life as it stands can turn borderline unbearable. However, few things are more confusing to the body than a nasty flu combined with booze. Or maybe it is that I just haven't tried the right drugs.

Maybe people shouldn't bring their kids to a bar, out of respect to the other patrons. There is a loud child sitting at the table behind mine. Will the judge reduce my sentence if I explain that shutting him permanently was an act of self-defense? If that doesn't work, I could make a strong argument about the obvious benefit of preventing a killing rampage at the place, ignited by his incessant yelling. His parents look sedated already, dragging him back and forth from the bathroom like zombies. They look at me with an expression that reads "you don't know what an ordeal this is". I look back, with one that says "ask someone else to jump onto your boo-hoo train, there is no sympathy here for you". While going through these complex gestural communications, I thought of someone I know who feels the same way.

Larsson and Margret met at the line to register for one of the local high schools in Reykjavik, Iceland. In a country so small the Prime Minister will meet regular citizens in his office without an appointment, it is hard to reach puberty without having met pretty much everyone in one’s age group. These two hadn´t met before making the line. And make the line they did. They talked, and talked and then talked some more. It was the same boring fishing stories, the circular complain they had both heard a million times that Iceland had a temporary liquidity issue, not a solvency problem, the same clothing and the same thermal water anecdote. Because it was him, the way Larsson told them made Margret laugh. The way Margret listened kept Larsson hypnotized, and talking. It was a miracle hardly ever seen amongst slim people that these two found love right there and then.

They have been together for 23 years, in a house they bought at the peak of their love cycle, when the subprime crisis was but a theory. At the time, the stories he told her still made her laugh. And it was a sincere laugh, when she was in a good enough mood. If you decided to dig deeper, you would realize she only laughs by habit now. His jokes are the same; just not funny anymore. And he thinks he knows it, but is afraid to speak to her about it. He is scared that the glue that keeps them together is the little jokes, habits and gestures they have grown accustomed to in each other. In fact, their effectiveness has been fading slowly for a long time now.

Oh, and there is also the now 3-year old little girl that arrived uninvited at a time when they needed her least. If they had thought about parting ways then, the idea met the bottom of the emotional trash can quicker than the pregnancy test read “positive”. Isn’t it ironic just how negative a positive can be depending on one’s circumstances?

The time to choose came dressed as a pack of cigarettes. “I will go out and smoke a quick one”, he said to her. She didn’t respond. 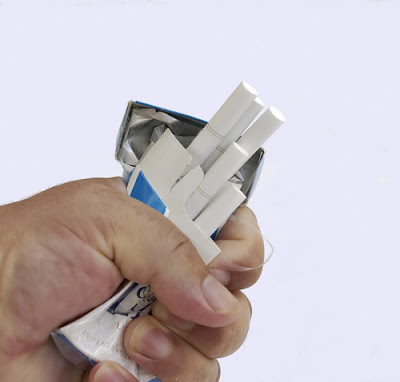 He put on his favorite shirt, the one with blue and white vertical stripes. He loved how people looked at him when he wore it, probably thinking his departure from black meant he was Danish, or even English. He also brought his pencil and an old notebook to write, sat at the local pub and thought of ordering a Delirium Tremens. “No reason to lose your style”, he told to himself.

With one hesitant strike, he divided the first page of the notebook in two, left for pros and right for cons. But that didn't help either. The cons column quickly filled up. The pros were few and far apart. Nothing compensated him for his lack of success at work, lost nights with the guys, lack of exercise because of his time investment in the family. But also, nothing could compare to the feeling of seeing her run, rosy cheeks and all, to his arms when he arrived morally defeated from work. 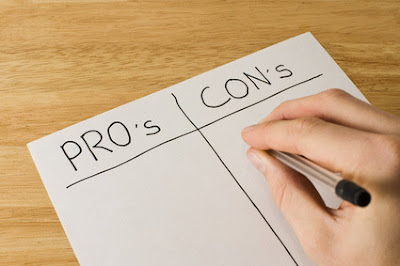 He couldn’t even drink the beer. After ordering, he realized alcohol would probably interfere with the effect of the medicine he was taking. Instead, he ordered some tea. Any tea. “Who cares what tea? It’s tea”, he thought. He sneezed on the notebook, covering the page he was writing on with green and yellow mucus. He tore it up with rage, realizing it was the noise of the kid in the nearby booth that made him angry. Looking at the bar's door reminded him of his inescapable reality.

He asked for the check, but the bartender told him the tea was on the house. He smiled at him, looked one last time at the irresponsible couple with the annoying kid and stood up with the intention of leaving. He threw the unopened pack of cigarrettes on the floor and stared at the exit sign on the door. It was there that he fantasized making the conscious decision to give it another chance. Tearing the pros/cons notebook page into pieces was all he could really do to feel a bit better. Truth is, there isn’t an emergency exit door available to him anymore. 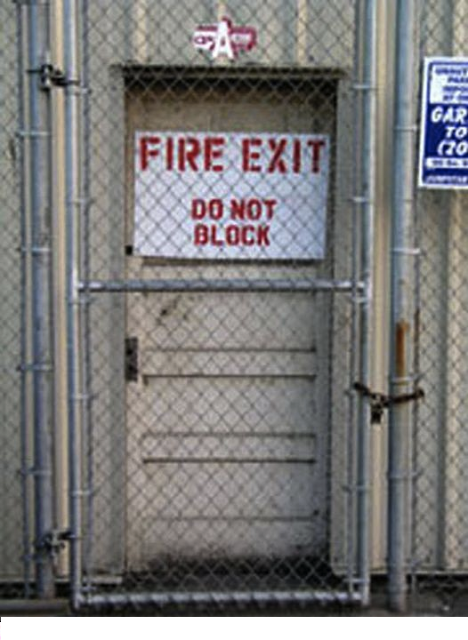