Rivers flow into the ocean

Wolves have a complex, hierarchical social structure. There are many levels and categories, but the main three are easy to identify, if at the risk of grossly oversimplifying their nature. Amongst males, there is the Alpha Dog, the leader of the pack. His complement, the Beta Dog, exists by the "live and let live" credo; settling for the half-eaten prey, the shallow cave and the less desirable - often sick - females in order to avoid conflict. 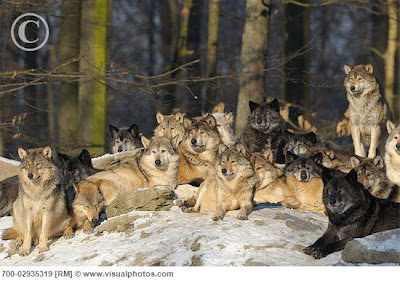 Anyone would characterize Micko as the quintessential Alpha Dog at first, second, and third sight. Still, there was often that peculiar sense that something didn't quite fit. Something was just not quite right with him.

When he was a kid, he enjoyed engaging his friends into what he called "the exciting adventures of an otherwise dull existence". While the others played sports, he played "burn the anthill", or broke into the town's abandoned houses just for the rush. Another example of his exciting adventures, he enjoyed going with friends to the cemetery at midnight to read the tombstones at first, but later to write snide graffiti signs on them like "I thought I was going to rise on the third day" or "Enjoying not hearing your nagging anymore, Adele". He would sometimes go so far as to find out information on the living relatives of the deceased and refer to them in blasphemous writings such as this last one.

Micko was the kind of kid teachers complained about. He was not interested in formal education in the least. To a few, his attitude represented a waste of talent. But for most, his behavior was the result of the authority void in his fatherless house.

Micko eventually realized the importance of social assimilation - public acceptance - as unavoidable means to achieve his goals, oddly including financial security as a foundation of his personal Maslow's Hierarchy of Needs pyramid. How financial security made it amongst the priorities of this otherwise chaotic mind was only one more element of the incongruence that defined his personality. How he then suddenly burned through everything he had once saved further puzzled even those closest to him. Nobody would have said his words were consistent with his behavior.


The sands of time kept falling through. High school, college,... he got the best education money could buy. Many would agree he was a "natural born leader"; someone that people felt comfortable admiring, but not easy to interact with on account of his abrasive personal style. He proved to be someone who would one minute support a project/idea with infecting passion, only to unexpectedly discard it later leaving everyone involved puzzled and disappointed. How could anyone feel safe following such fickle character, strong at times, at others painfully unpredictable?

Every morning, the taste of blood in his mouth felt like yet another rock in his shoe, frequently adding to the list of grievances that made him irritable. Publicly, however, people rarely noticed he was uncomfortable. His capacity to conceal his true feelings carried the elusive smell of success by the standards of the rest. In his head, a fierce war of several factions to define meaning shattered the limits of his mental sanity. Daily clashes with other Alphas and an unquenchable territorial ambition, combined with an uncontrollable desire to defeat his peers, turned him into a formidable competitor in almost every area of life. Why did he feel the strong need to concede, give up the race and just play it safe with others; to have close friends instead of strategic allies? Why did he dream so fondly of the day when it would all end? And importantly, why did being someone's second-in-command feel so wrong and painful? His roles in life after school had always been supportive of someone else's dreams. He was always second - the vice chief, the undersecretary, the next in line... He did the work while someone else always got the credit. He lived in the shadows of the ones who got to enjoy the spotlight.

Is there no dignity in being Sherlock Holmes' second, Dr. John H. Watson? At this point, the mere thought of helping someone else shine made him sick to his stomach. Why not him? Yet, a crippling sense of inferiority prevented him from enjoying success in any way other than fully his. Also, it wasn't worth the effort if it didn't mean somebody else lost. Any achievement was a failure if someone else got something better. A game in which all won was unacceptable, for he only derived true pleasure from games in which his opponents were utterly defeated - extra points if they ended up morally destroyed. Nothing made him happier than taking someone's dignity and spitting it back on their face. He wouldn't even hesitate to fabricate new enemies if deemed necessary.

With far more questions than answers, and his twisted incentives to live by, he led his army of misfits to create havoc indiscriminately. He hadn't noticed before, but those that followed him were the rejected, the deformed, the amputees... In a word, they were the ostracized. With such tribe of oddballs, he spent his remaining days bending the straight, contaminating the pure, and perverting the innocent for his own enjoyment. That, until he chose to slash the thread of his own existence with a rusty, dull shaving blade. Through the savagery of his doings, he contemplated his own reflection in the pool of blood that soaked the filthy bathroom mat he fell on and now expanded into the tiled floor. In the growing pond of thick, dark blood, he saw his face slowly morph into the abyss of the unknown. Instants before dying, he finally found himself. Rather, he got to confront the man he built with unmistakable resolve over the years, effectively sculping his character with his actions.

Then there's the Rogue Dog; the disenfranchised member of the pack that lives on the fringe. They are the casted out who could never truly fit, and often stood out for socially unacceptable reasons. The Rogue Dog lives his life as an agent of chaos in the eyes of the pack. 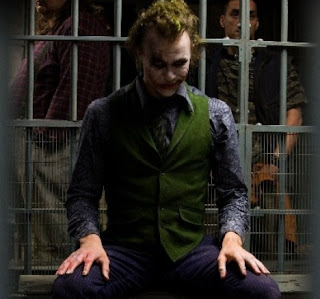